Round tables were held in Atyrau on February 25 and in Aktobe on February 27 within the framework of the project “Improving the knowledge of the female community on gender budgeting in the western regions of Kazakhstan” with the assistance of the Canada Fund for Local Initiatives. (The organizers were partners of the Echo NGO Galina Chernova (Center for the Environmental and Legal Initiative Globus Atyrau), Gulzhan Tulemisova (Public Association Shamshyrak Aktobe)

Representatives of civil organizations voiced the problems of local women, which must be solved with the help of state bodies and to attract extractive companies. The most pressing issue is the lack of kindergartens, secondary schools equipped with toilets, access to water, assistance to single mothers and large families, the need to conduct training courses for women. Civil activists expressed the view that there has long been a need to draw up a local budget with a gender perspective, namely to take into account the needs of women. Participants developed recommendations for akimats and extractive companies. 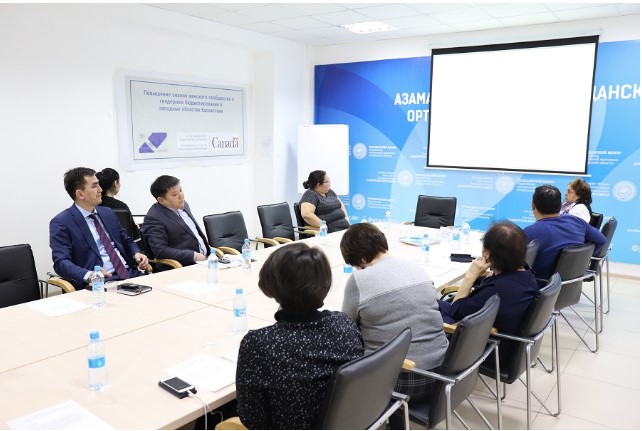